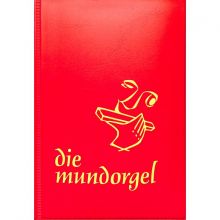 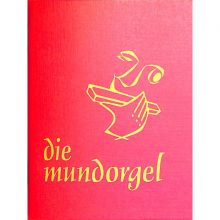 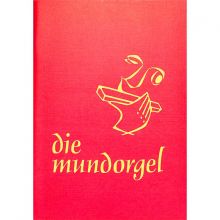 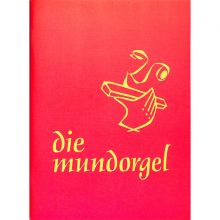 This book was born in the framework of an international comparative research collaboration, which launched the LOSS project nearly two decades ago from the Catholic University of Ingolstadt (Bavaria) and the University of Louisville (Kentucky). When the Local Organization of Social Services Project was established it had a main aim to build a bridge among different social cultures and social politics which exist in the United States of America, Western Europe and the countries of the democratizing Eastern Europe. The main purpose of the editors was not to show the current Hungarian social and socio-political situation, which situation is transforming, it was rather to give an inspiration to other research teams who create similar monographs about the LOSS in their own countries. This book seemingly does not follow strict editorial rules, although there is an invisible logical line, which runs through and concatenates all the chapters.The intent of the authors,who are each researchers of the subject of the chapters, was to try to synthesize the social phenomena of the near past and some chapters give wider historical perspectives, as well. Essentially, this book is a part of a puzzle, which was deciphered in a way in a post-socialist country but it isnot excluded that there will be other results after the collaboration among the semi-peripheral Northern and Eastern European countries in the next years.

Seminar paper from the year 2014 in the subject Business economics - Business Management, Corporate Governance, grade: 1,3, Ingolstadt University of Applied Sciences, language: English, abstract: I learned how to deal with different types of cultures and how to behave in various situations. I got to know the correspondence between needs and languages. The four types of language are:- Value(s)- Structure(d)- Relation(s)- Idea(s).Every type of them has different needs, for example the value-type is looking for esteem, which means he needs acknowledgement and respect for his actions more than other types would need it. The idea-type wants to have attentions and is a creative person, they want to play and to try new things. The relation-type needs affection and reassurance for his / her doings and loves to have contact with others. Last but not least the structured-type is happy to have methods, processes and knowledge which he / she needs to follow. This type wants conformation for that. If people don't get satisfaction for their individual physical needs they get less motivated and this could lead to mistakes in their work or behavior. These human beings develop an increased lack of emotional capital and they feel frustrated and sad. If they show and how they behave in these situations depends on the type of language they're speaking.

Seminar paper from the year 2013 in the subject English Language and Literature Studies - Linguistics, grade: 1,3, Catholic University Eichstätt-Ingolstadt, language: English, abstract: People have always been interested in language. First records of Sanskrit grammar, morphology and word-formation rules were written down by Panini over 2500 years ago. So it is not surprising that especially now with all the possibilities technology offers, linguists are determined to identify THE word-formation-theory. In the last century there has been a boom in publishing, creating enormous corpora that allow linguists to study a far wider range of written language. Due to the technological possibility of sound and video recording, there are also numerous spoken accounts of language available now (Bauer 1994, 9). In the last decades however, according to Bauer, word-formation is a rather "confused area of study"(2002, xiii), mostly because of its various terminology as well as different methodological and theoretical approaches. Therefore this paper will concentrate on and use the standard terminology Bauer agreed on in English Word-formation.Bauer notes furthermore the confusion in the field of productivity in word-formation. The fact that word-formation processes are in fact productive and create new lexemes can be proved by consulting any dictionary of neologisms or updates in other dictionaries. Nevertheless, linguists dispute over the extent to which word-formation is productive generally. Here the dispute between transformationalist and lexicalist positions to productivity should be mentioned (2002, 62 f., 75). But since this paper will focus on specific neologisms added to the Oxford English Dictionary, the decision of what is listed as a new and independent lexicon entry was made by someone else and should not be of any concern here.This paper will deal with the subject of words, especially newly formed words. What exactly are neologisms and how do they come about? What word-formation processes are involved in the creation of new words? How productive are the different types of word-formation? This paper attempts to answer these questions to a certain extent and furthermore picture the contemporary productivity of word-formation patterns by analysing the new word entries of the March 2013 update in the Oxford English Dictionary as a case study.

Please note that the content of this book primarily consists of articles available from Wikipedia or other free sources online. Volkenschwand is a municipality in the district of Kelheim in Bavaria in Germany.Kelheim is a district in Bavaria, Germany. It is bounded by (from the north and clockwise) the districts of Regensburg, Landshut, Freising, Pfaffenhofen, Eichstätt and Neumarkt.The district is located half way between Ingolstadt and Regensburg on both banks of the Danube. In the northwestern part it includes a part of the Altmühl Valley Nature Park and the confluence of Altmühl and Danube.

Munich is the capital city of Bavaria, Germany. It is located on the River Isar north of the Bavarian Alps. Munich is the third largest city in Germany, after Berlin and Hamburg. There are approximately 1.35 million people living within city limits, while the Munich Metropolitan Area (including the urban areas of Augsburg, Ingolstadt, Rosenheim and Landshut) is home to over 5 million people. The city's motto is "München mag Dich" ("Munich Loves You" in the English version). Before 2006, it was "Weltstadt mit Herz" (cosmopolitan city with a heart). Its native name, München, is derived from the Old German word for Mönche, which means "Monks" in English. The reason for naming the city in such a manner is to honour the fact that monks of the Benedictine order founded the city. This is also the reason for the monk depicted on the city's coat of arms. Black and gold the colours of the Holy Roman Empire have been the city's official colours since the time of Ludwig the Bavarian.